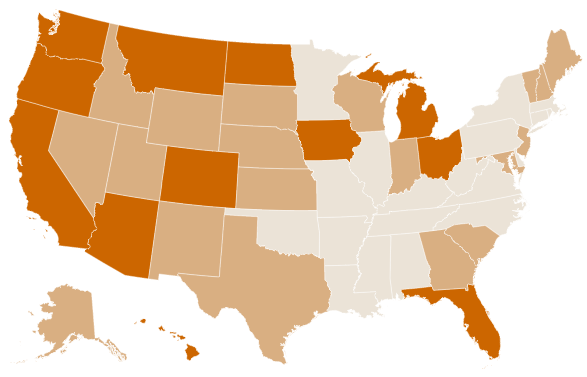 [2] All three are direct initiative states. There is quite a bit of evidence that having a contentious initiative item on the ballot does increase turnout.
Posted by Michael Cain at 9:41 AM