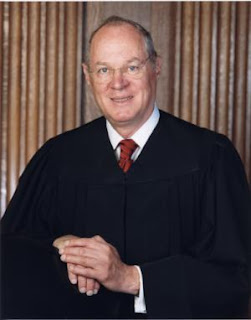 On the last day of the term, the US Supreme Court finally released its decision in the case of Arizona Legislature v. Arizona Independent Redistricting Commission. In this case, the citizens of the state of Arizona had stripped their legislature of the power to draw the districts for election of members of the US House of Representatives. The legislature sued, citing the Elections Clause of the US Constitution:

The Times, Places and Manner of holding Elections for Senators and Representatives, shall be prescribed in each State by the Legislature thereof; but the Congress may at any time by Law make or alter such Regulations, except as to the Places of chusing Senators.

By a 5-4 vote, the Court decided that at least for the Elections Clause, the term "Legislature" means the normal legislative process in the state, rather than simply the representative body.  If the normal process includes citizen initiatives, the Court said, then the voters can decide how districts are to be drawn, even if the process excludes the traditional legislature entirely.  The deciding vote was cast by Justice Kennedy, much to the surprise of the conventional wisdom. Not that Kennedy was the deciding vote; that much they got right. What they got wrong was which way Kennedy would jump. Why did they get it wrong?

My answer to that question is that they forgot that Kennedy is a westerner. A California boy who went to college at Stanford, practiced law in the Golden State, and sat on the Ninth Circuit Appeals Court before moving up the Supreme Court. Appointed by Ronald Reagan because Kennedy was a known California quantity. I strongly suspect that the last paragraph of the majority's syllabus in the opinion is Kennedy's work:

Banning lawmaking by initiative to direct a State’s method of apportioning congressional districts would not just stymie attempts to curb gerrymandering. It would also cast doubt on numerous other time, place, and manner regulations governing federal elections that States have adopted by the initiative method. As well, it could endanger election provisions in state constitutions adopted by conventions and ratified by voters at the ballot box, without involvement or approval by “the Legislature.”

Shorter form: the citizen initiative genie was let out of the bottle a hundred years ago, and trying to put the genie back in the bottle now would be extraordinarily messy. 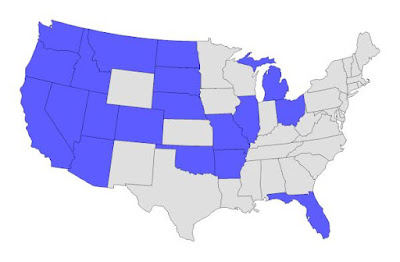 While the initiative processes were adopted in the West during the Progressive era, initiatives are used today by both liberals and conservatives.  During the time I have lived in Colorado, conservatives were successful in adding the Taxpayers Bill of Rights (TABOR) that removed state and local governments' ability to raise tax rates or introduce new taxes without submitting the measures to the voters.  Liberals were successful in having amendments adopted that increased spending on K-12 education and created a renewable energy mandate.  It's a western thing, and it's not surprising that Justice Kennedy was unwilling to try to put it back in its lamp.

[1] Florida is a late-comer to the party, having adopted direct initiatives for amendments when they rewrote their constitution in 1965.  Since then, the legislature and governors have made it as difficult as possible for Floridians to actually exercise that power.
Posted by Michael Cain at 4:45 PM