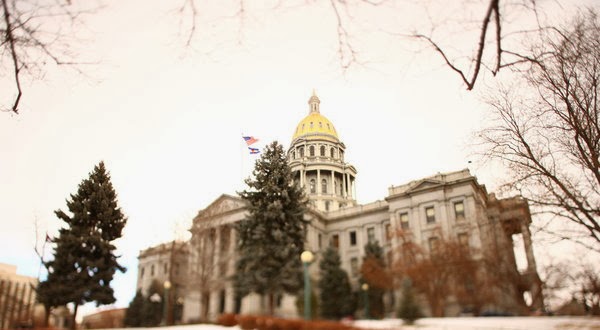 You know you're a policy wonk of some sort when you find the following of great interest: last Friday the 10th Circuit US Court of Appeals ruled [PDF] that the Colorado TABOR lawsuit could go forward.  No word yet on whether the defendants in the case will appeal to the SCOTUS or not.  For those to whom this might have passing interest...

TABOR, the Taxpayers Bill of Rights, is an amendment to the Colorado state constitution passed in 1992 which imposed two main restrictions on state and local governments across the state.  First, it restricted the rate at which government spending could increase year-over-year to the sum of population growth plus inflation, unless increases beyond that were approved by a vote of the people in the jurisdiction.  Excess revenue beyond what could be spent had to be refunded.  Second, it required that new taxes, or increases to existing tax rates, must also be approved by a vote of the people.  The effect was to impose direct-democracy restrictions on the ability of elected government officials to set tax rates and spending levels.

Whether by design or coincidence, the most serious consequences of the TABOR restrictions come into play during recessions.  Following the recession of 2001, the Colorado state budget was in sufficiently dire straits that the legislature put Referendum C on the ballot in 2005.  Ref C provided a five-year time-out on TABOR refunds, and set a new floor from which future spending increases would be measured.  Ref C was supported by then-governor Bill Owens; many people believe that support cost Mr. Owens a bright future on the Republican national stage.  The recession of 2007-09 also put large pressures on the state budget.  In response to the pressures brought on by recessions, the Colorado legislature has resorted to a certain amount of accounting trickery: the Colorado Opportunity Fund shields a considerable part of state higher education funding from TABOR, as did a rewrite of the unemployment insurance statutes to replace the word "tax" with "premium" wherever it appeared.

In 2011, a group of current and former members of the state General Assembly filed suit in federal court challenging TABOR on the grounds that by removing control of taxes and spending levels from the legislature, Coloradans were denied the "Republican Form of Government" guaranteed by the US Constitution.  To this point, the argument has been whether the plaintiffs have standing to sue, and whether the entire matter is non-justiciable due to the political question doctrine.  In 2012, the District Court ruled that (a) plaintiffs had standing and (b) this case is sufficiently different from others settled in the past that the political-question doctrine did not apply.  Last Friday, the Appeals Court agreed, and remanded the case to the District Court for further proceedings.

Opinions. Bear in mind that IANAL (although I had to pretend to be one at time while I was working for the state legislature), nor without bias in this matter: